The Penya Gastronòmica Barça has travelled to Japan in order to follow and support the Barça with the aim to get the 5th Championship of the year, on this case the Clubs World Cup .

The supporters of our Penya have travelled with the same plane of the players and all the official staff of FC Barcelona, and also other 80 supporters among other “Penyes” members.

The aim of this trip has been to know the incredible gastronomic offer that you can find in Japan, place which is like a gastronomic paradise.

Under the supervision of the Penya Gastronòmica Ambassador in Japan, Josep Barahona, the supporters have followed an exceptional gastronomic programme where they can enjoyed with different concepts of Japanese gastronomic culture such as Sushi, Yakitori, Tempura and Wagyu world.

Apart of visiting these 4 restaurants specialized on these concepts, the supporters also knew the Shabu Shabu cooking, where the meat and the vegetables are boiled inside a broth.

Furthermore, they knew the culture of “izakaya”, typical Japanese taverns.

And thanks to Josep Barahona, it was possible also to know one of his 5 restaurants in Japan, called “Bikini-Tapa” at Shibuya district,  and the supporters had a wonderful experience with an special menu with Mediterranean and Japanese meals.

On this lunch, the supporters could have the opportunity to drink the friendly beer “Estrella Damm” which it can be found all over the world.

The social area member of FC Barcelona staff Pau Vilanova, and also member of the Penya Gastronòmica Barça, went to one of the dinners to be joint other members and enjoy the Japanese gastronomy, and also the well known supporter of FC Barcelona Josep Maria Minguella who share other dinner with the supporters and his son Junior.

It is important to mention the marvelous visit done by the supporters to the Tokyo Fish Market, known as “Tsukiji”, where the assortment of sea species is incredible and very different from our area.

Additionaly, the supporters have visited some places out of Tokyo such Fuji Mont, Lake Kawaguchi, Fuji-Hedone National Park and also the city of Kyoto.

Concerning the first team of FC Barcelona and the Clubs World Cup, the supporters went to the semifinal and the final with the fantastic success to get the Cup after winning to the Argentinian team River Plate in the final to be held in Yokohama Stadium by 3-0, two goals of Luis Suárez and 1 of Leo Messi who could not play the semifinal which Barcelona defeated the Chinese team Guangzhou by 3-0 also, with hat trick of Luis Suárez.

The return has been fantastic with the official team and all the FC Barcelona staff, even his President Josep Maria Bartomeu, in the same plane Airbus A-380 where the supporters had the opportunity to have the Cup obtained some hours ago.

Excellent experience of our supporters in Japan to be remembered all life which open the doors to others supporters for visiting this extraordinary country. 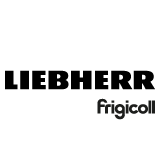